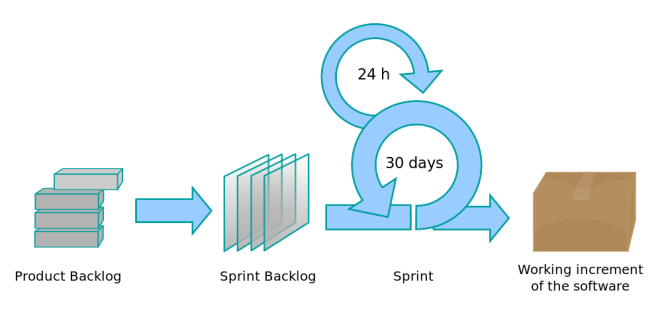 In the previous posts under the Thursday Management Series, we have seen a brief overview of a Scrum, went through some of the commonly used terms in Scrum and discussed in detail the roles of a Product Owner and that of a Scrum Master. I hope these articles have cleared the picture of what a Scrum looks like. Now, let us see in detail the events that take place during a Scrum. This will help in clearly visualizing the complete flow of a Scrum if you have already not worked on one yet.

From the previous posts, we know that a Sprint is the basic unit of development in a Scrum i.e. all the development has to happen within a Sprint. A Sprint is a restricted duration effort which can last from anywhere from one week to a month. The most commonly used Sprint lasts for two weeks.

A Sprint Planning Session marks the beginning of every new sprint. This involves –

Once the sprint begins, every single day, the team conducts a Daily Sprint Meeting also called as the Daily Standup or simply the Standup.

At the completion of a sprint, a Sprint Review Session is conducted by the team which –

At the completion of a sprint, a Sprint Retrospective Session is conducted by the team which –

And as per the Scrum, a new sprint begins again!